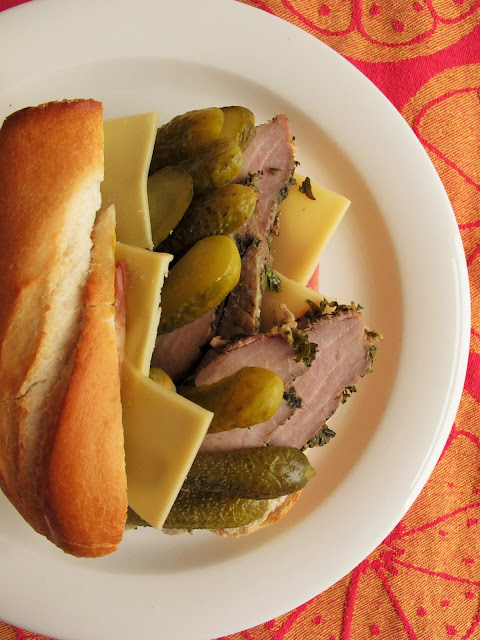 After watching Chef you want one thing and one thing only: making yourself a Cubano sandwich. But what exactly is a Cubano? It turns out a Cubano is a Cuban variation on the ham-and-cheese sandwich. Cuban immigrants took it with them to Florida at the and of the 19th century when it was still easy for Cubans to travel back and forth from Havana to Key West in search for employment or to visit family. Sugar mill and cigar factory workers used to eat Cubanos for lunch. Lunchrooms in Key West and Tampa adapted to this practice by serving their own version of the 'sandwich mixto'. Because of this constant cultural interaction between Cubans and Americans the origins of the Cubano are unclear. However, historian Andrew Huse who is specialised in modern American history and 'foodways' is clear: the Cubano has American roots and was first created in Tampa. Loy Glenn Westfall, a historian focussing his research on Key West offers a compromise: the Cubano is born in Havana and educated in Key West.

The original ingredients of the Cubano are roasted pork, boiled ham, Swiss cheese, mustard and dill pickles on Cuban bread. First the roasted pork is marinated in a 'mojo' marinade: orange, lime, fresh herbs and a lot of garlic. Ideally you would use pork shoulder but since that would mean Cubanos for the whole neighbourhood I chose to use lean pork steak instead. All of the recipes are developed especially for the movie by foodtruck chef Roy Choi. 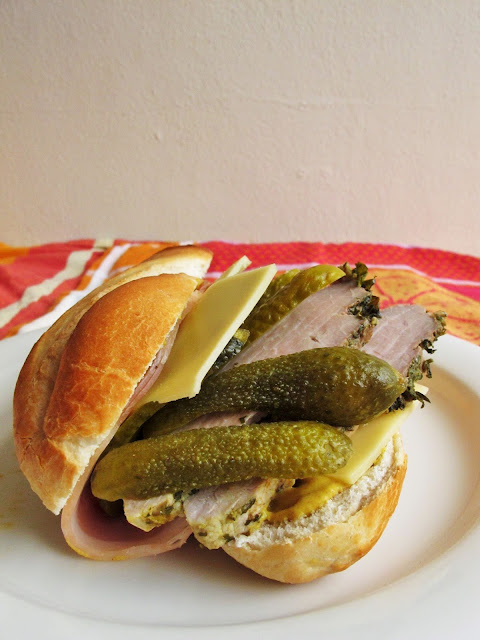 1. In a container which you can close airtight, whisk togheter all of the ingredients except the pork and stir well. Add the pork and make sure it is fully covered by the marinade. Close the container and leave to marinate in the fridge overnight.

2. Preheat oven to 220C and transfer the pork to a roasting tray or use a rack over a lined baking sheet. Roast for 30 minutes, then lower the oven temperature 160C and roast for another 20 minutes or until a cooking thermometer inserted in the middle registers 70C.

3. Remove pork from the oven and leave to rest for 30 minutes. Cut into thin slices.

1. Heat a large cast-iron griddle or panini press. Devide each baguette into three smaller breads. and cut open. Generously brush the cut sides with mustard. Layer the ham, pork, Swiss cheese and pickles on the baguettes and close the sandwiches.

2. Generously butter the outside of the sandwiches and set them on the griddle or press. Cook the sandwiches over moderate heat for approximately 3 minutes until they're browned and crisp on the outside and the cheese is melted. Serve hot. 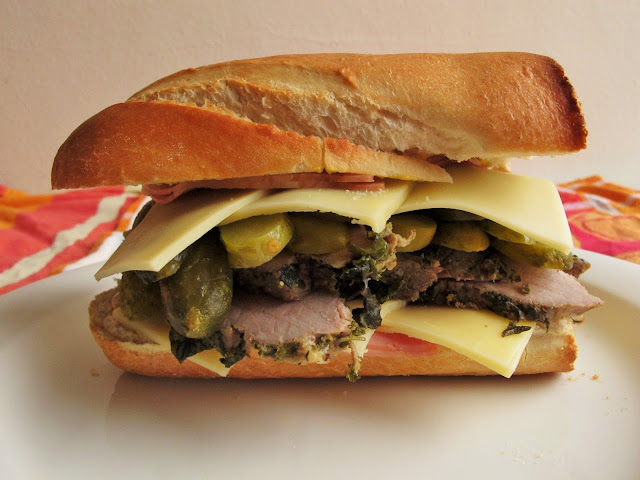