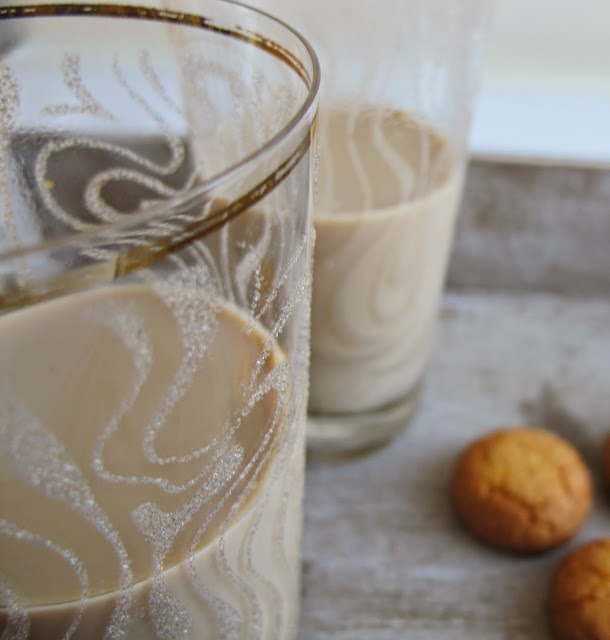 This morning I decided to make myself a hot Chai Latte. It's snowing for days now and it's freezing cold outside. So I thought the time was right for a warm drink to soothe my body and my soul. I suggest you snuggle up on your couch in your favourite PJs and keep this drink whitin your reach. Happy cocooning! 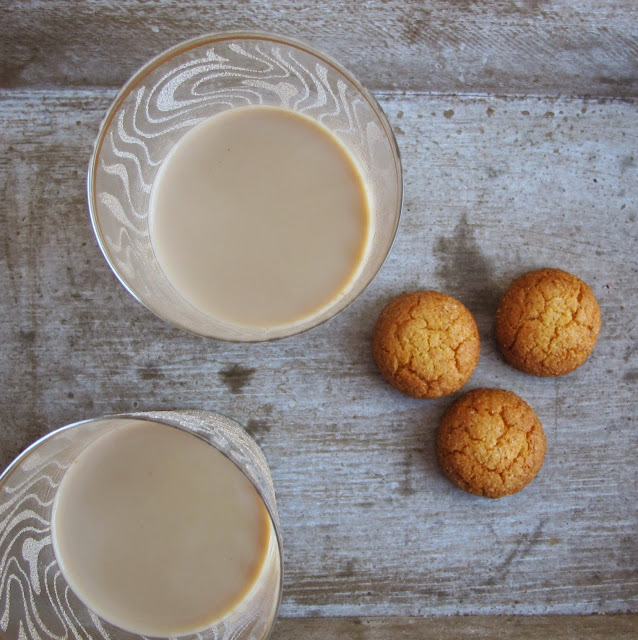 Chai means tea in several Eurasian languages and derives from the Persian chay, which comes from the Chinese word for tea: chá. Chai latte is the americanised name for Indian masale chai: spice tea with black tealeaves, milk or cream and some sweetener (sugar, honey, syrup). Throughout Southwest Asia the composition of the spices differs per region. The traditional basis of masala chai is called 'Karha'. Karha is a warming spices combination of ginger and green cardamon pods. Other spices like cinnamon, star anise, fennel, peppercorns, cloves and nutmeg can be added to create a special masala chai mix. According to the Ayurvedic tradition the chai mix should be adjusted to the drinkers needs. Which in my case would mean a lot of ginger, to keep the cold at bay. 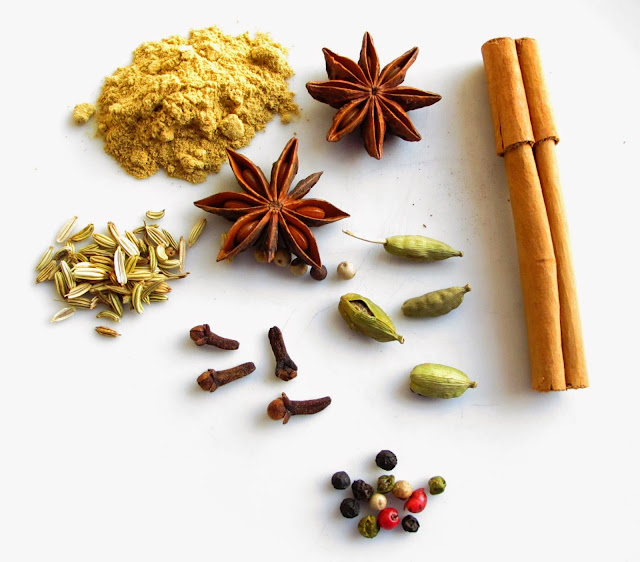 You can use teabags or tea leaves for this chai and of course you can add sweeteners as you wish. The Chai latte tastes best directly off the stove, but you can keep it in the fridge for a couple of days and heat up a cup whenever you feel like it. And needless to say it's particularly good after a long walk outside or - imagine that! - an afternoon on the ice! 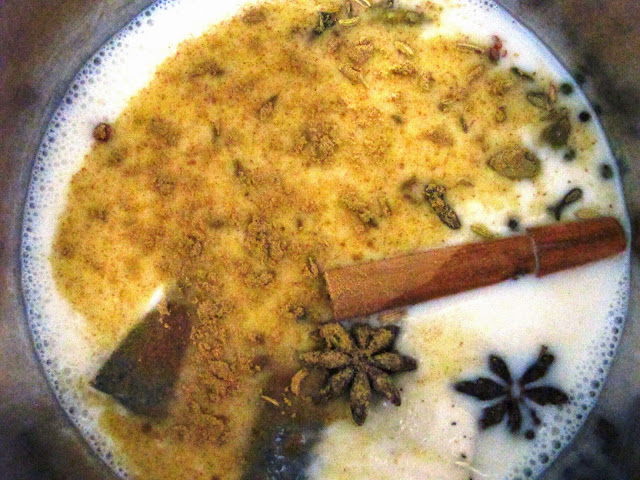 1. In a frying pan on medium heat roast the spices for 3 minutes without any oil or butter. Stir occasionally.

2. Put the spice mixture together with the milk and the water into a medium saucepan and bring to a boil. Reduce the heat and let simmer for 10 minutes. Pour the mixture through a sieve and serve in pretty glasses. Forget about the macaroons on the fotograph, the tea tastes best without any embellishments. 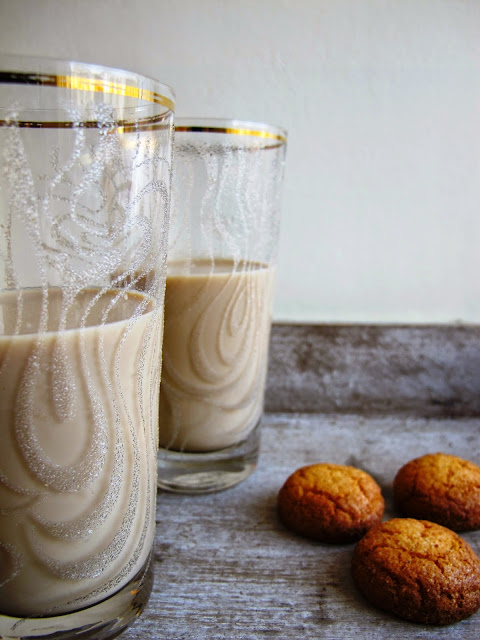