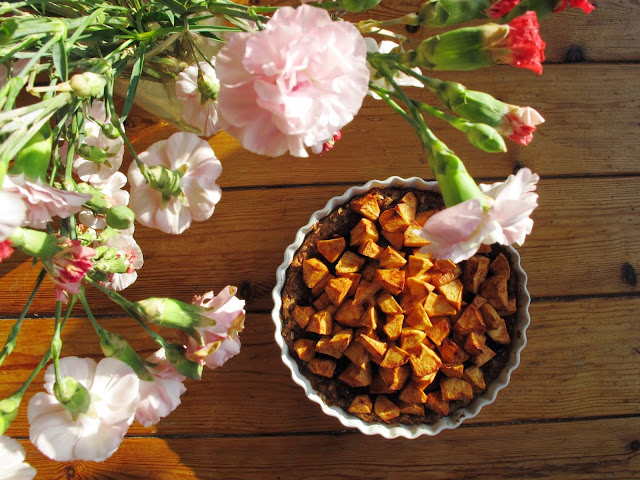 Last Tuesday it was Pancake Day! But there are already so many delicious pancake recipes on my blog (Perfect Pentecost Pancakes, Oatmeal Pancakes & Galettes Sarrasin d'Été) and since I posted the picture of this apple pie already on Instagram and promised it's recipe on the blog this week: here it is! 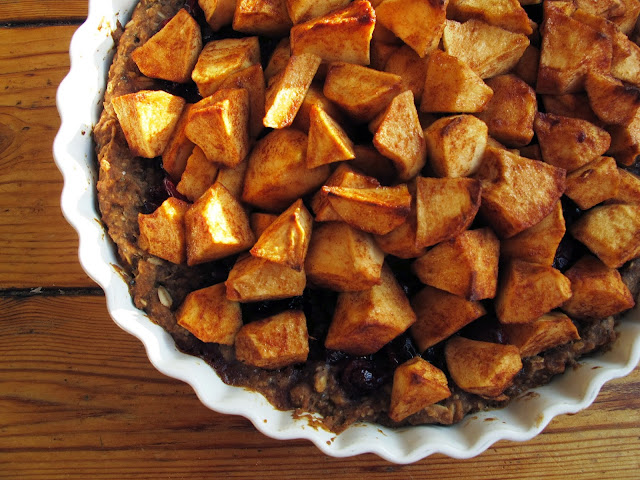 I made an English style apple pie, for it has a casing of pastry and is filled with apples. Dutch style apple pie has two crusts, a bottom and a top crust made of butter, flour, eggs and sugar. But let's get into Dutch apple pies some other time. The English style apple pie uses saffron to colour the filling. I used cinnamon and therefore the filling is golden in stead of yellow. Be sure to serve this pie in the sunlight for it will light up your living room and fill it with a little bit of spring.

English apple pies date back to the 14th century and the apple pie in the first documented recipe of 'Tartys in Applis' is made of apples, spices, figs, raisins, pears, saffron, and a 'cofyn' of pastry. After the colonisation of America the English, Dutch and Swedes brought their much loved apple pie recipes with them to the States. Nowadays 'as American as apple pie' means 'typically American', so apple pie has been completely incorporated in American culture. There even is a city called Pie Town in the state of New Mexico, named after the apple pie. On the second Saturday of September Pie Town celebrates it's Annual Pie Festival with pie-baking contests (see photograph below), games and races.

Apple Pie with Cranberry & Cinnamon
Serves 8-10
With a few adaptions you can make this pie completely vegan. See the instructions below.

1. Preheat your oven to 170C. Make the pastry: add all pastry ingredients to a large bowl and mix until you have an even pastry. Line your baking tin with baking paper.

3. Bake your apple pie for 45 minutes until golden brown. Leave to cool inside the tin. Serve with tea and whipped cream. 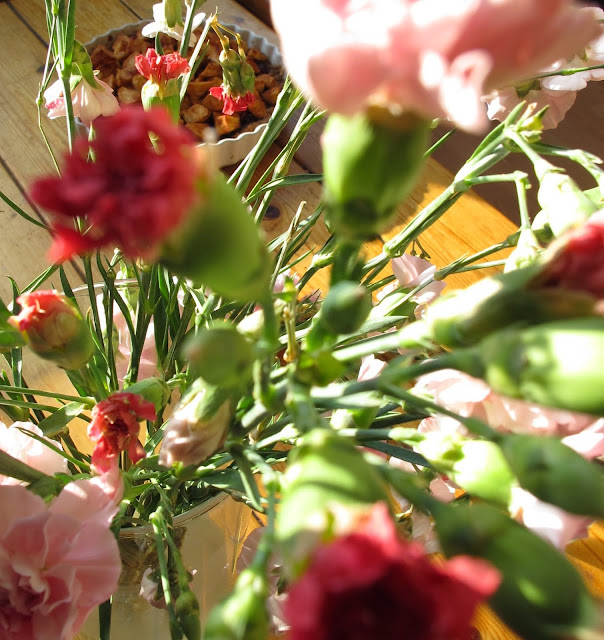