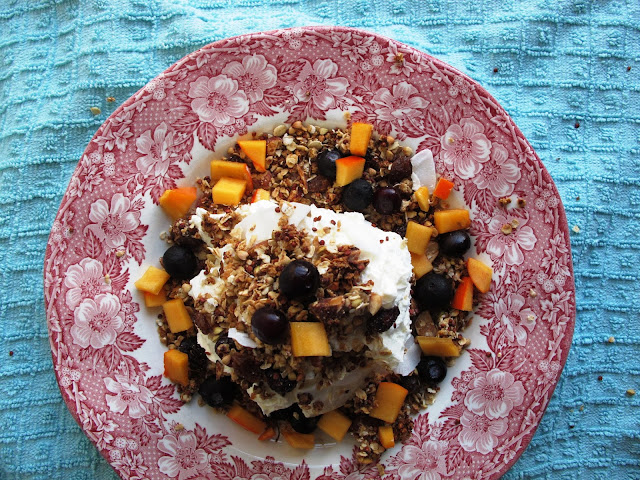 A new year, a fresh start! And what could be a better start of your day than this homemade granola with roasted nuts and dried fruits? As a matter of fact it's quite simple to make and it could be a welcome change from your hard work in the kitchen during the holidays. No lamb which has to marinate for hours, no saddle of hare all day on your stove, or endlessly kneading a homemade Christmas bread. Just oats and a baking sheet. I would like to call it the enchantment of January: easy, healthy, and nourishing. Happy New Year Granola! 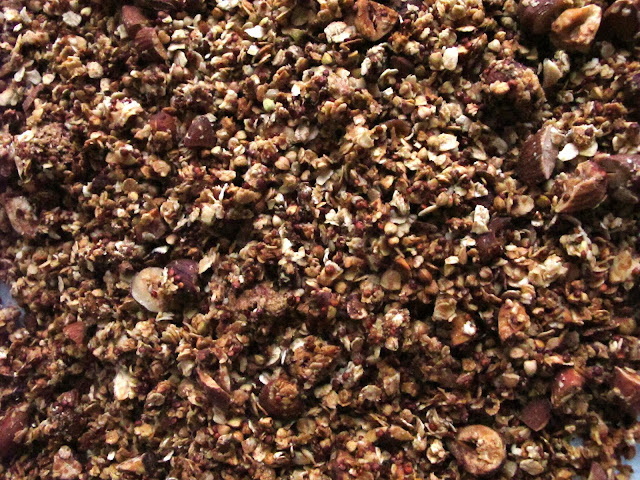 Granola is a form of baked cereal. Swiss physician and nutricionist Maximilian Bircher-Benner invented cereal in the 19th century. He started a sanatorium where he would feed his patients a diet of fresh fruit, whole grains, nuts and veggies, instead of the regular diet of meat and white bread of that time. Bircher's cereal consisted of raw oats with nuts and fresh fruit. Granola is the baked alternative of cereal and is sweetened with honey or other sweeteners. The fruit you add after baking.

Granola is actually a trademark of whole grain cereals which were baked until crisp to set them aside from the super healthy muesli from Bircher-Benner. It was James Caleb Jackson, an American colleague and contemporary of Bircher-Benner, who invented granola. He replaced the oats by wheat flour and added whole grain wheat and barley. Jackson called his invention 'granula'. At the start of the 20th century John Harvey Kellog came up with a similar dish. At first he called it 'granula' too, but to prevent trouble he changed it's name into granola. 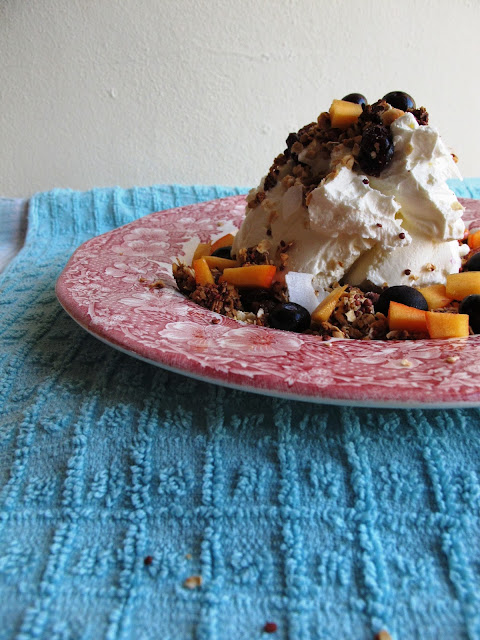 The dishes of the three gentlemen unfortunately got forgotten in the first half of the 20th century. With the First World War, the Depression and the Second World War people had other things on their minds than breakfast cereal. This changed in the sixties during the first healthy hipster movement: the flower power. The hippies embraced the healthy cereals of Bircher-Benner, Jackson and Kellog and suddenly granola was all over the place. And it hasn't been off the menu ever since. 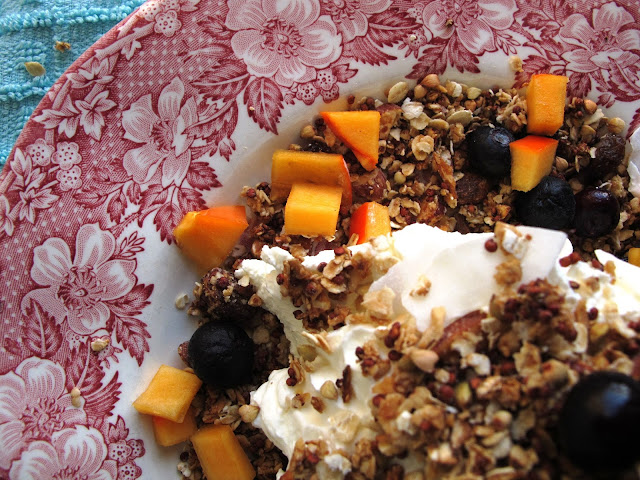 1. Preheat the oven on 170 degrees Celsius. Put the honey and oil in a medium saucepan and heat until melted. Turn of the heat. In a large bowl mix the oats, quinoa, buckwheat nuts and salt. Pour the honey/oil into the bowl and stirr well.

3. Let cool completely on a rack and pour in an airtight container. You can keep the granola up to three weeks.

Serve with curd cheese and fresh fruits (blueberries and persimmon) like on the picture, or eat it with milk, plain yogurt or oat porridge. Sprinkle it on your desserts or eat it as a snack in the afternoon. Happy New Year everybody! I'm off to my granola jar! 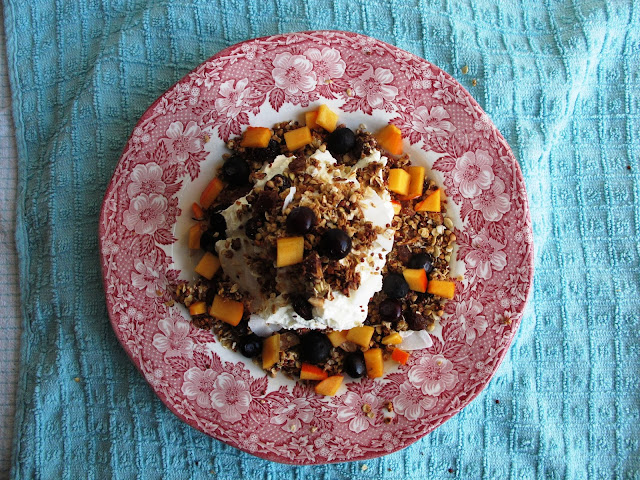