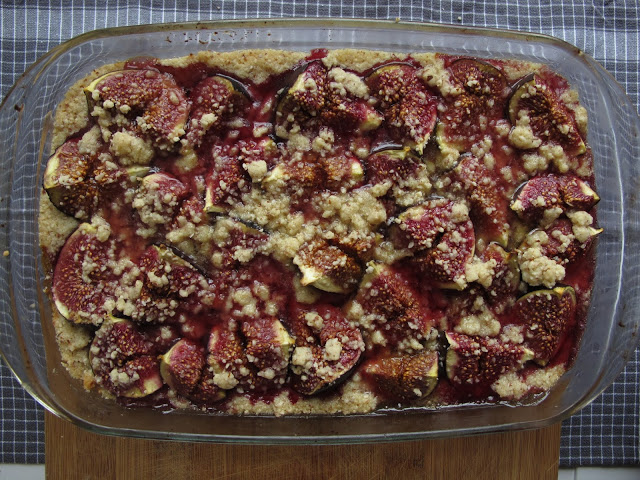 The fresh figs season is in full swing! Do not hesitate if you see fresh ripe figs lying on a shelf at your greengrocer and take your chance because the fresh figs season is a short one: from mid-August until the end of September. This weekend I baked a fig cobbler and served it with balsamic vinegar cream. During my prep-time it got very dark outside and the sky turned deep grey. When summer slowly (or very abruptly) changes into fall I feel very much alive! I always cherish the first time it’s cold enough outside to put on a coat. Just as when it’s suddenly too chilly to watch a movie on the couch without some extra socks. The first time in autumn I have to put on the lights inside during daytime is just as special and this weekend I definitely had to put on the lights because heavy rainclouds were blocking all the sunlight as I removed the cobbler form the oven. But who needs sunlight when you have glossy bright figs covered in honey and balsamic vinegar cream? 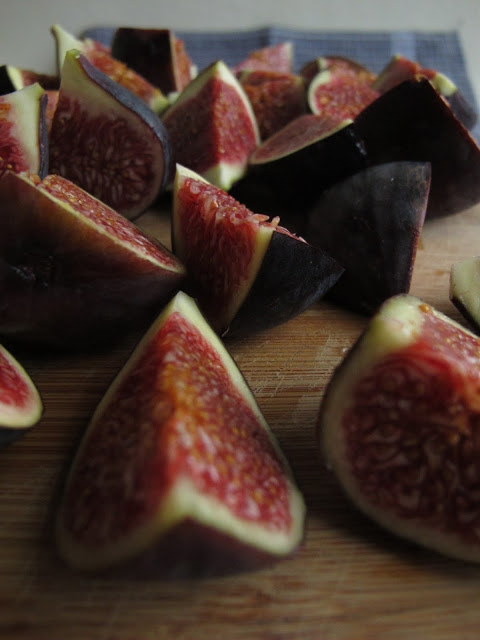 Until a couple of years ago only dried and candied figs were available. Nowadays you can buy fresh ones during late summer and early fall. You can enjoy them raw and unspoiled or you can process them in jam, crumbles, savoury tarts, you name it. Figs are among the oldest fruits in the world. In the area of the Jordan Valley the first farmers already cultivated figs in prehistoric times after the Neolithic Revolution. Based on fossil research it is very likely figs were cultivated about a thousand years earlier than wheat or rye. Eating a fresh fig can therefore be considered a real historical sensation! 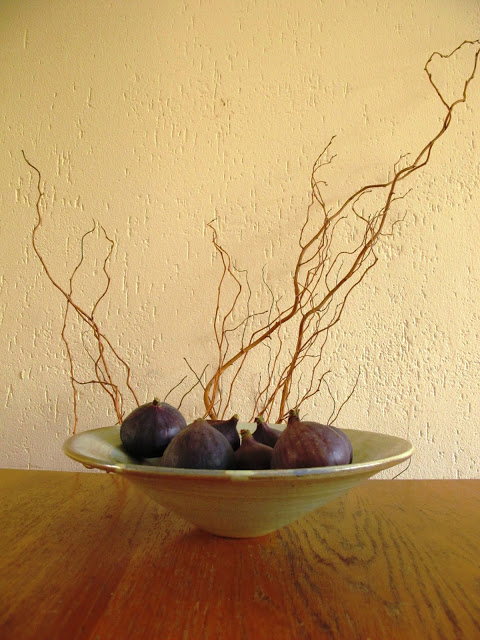 The fig really captures the imagination of all and is part of many religious parables in the Bible, the Quran and in Greek mythology. The Book of Deuteronomy describes the fig as one of the Seven Species to symbolize the fertility of the land of Canaan: wheat, barley, grapes (wine), figs, pomegranates, olives (oil) and dates (honey). These Seven Species are not picked at random; their fruitage goes successively whole year round so there’s always food in abundance. The Quran describes the fig as the one fruit which came down from heaven immediately for it has the most amazing sweet taste and has no seeds to spoil the experience of the flavour. In Greek mythology mature figs seduce a crow so it totally forgets his task which was given to him by Apollo. Apollo’s wrath is infinite as he smites the crow into the heavens. From that moment on the crow forms the constellation of Corvus (raven or crow). And that’s what you could call an epic Cluster Fig. When I took the fig cobbler out of the oven I immediately understood that crow completely! 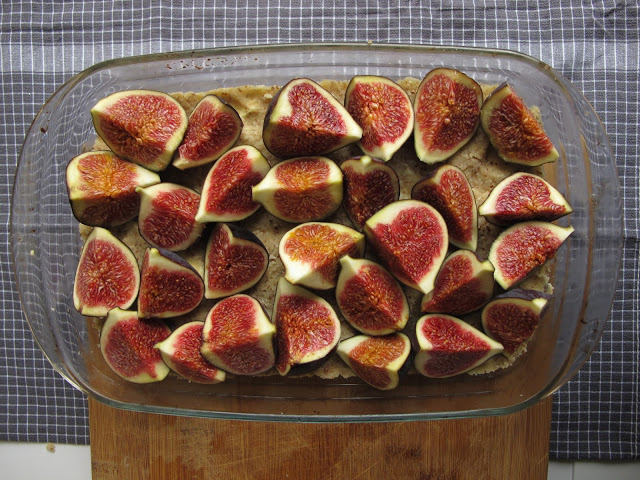 3. Cover the bottom of the baking tin with 2/3 of the dough. Cover the dough with the figs and sprinkle with honey. Spread the rest of the dough on the figs, but don't cover them. Bake 45 min. in the oven or until golden brown.

Serve the fig cobbler with two tablespoons of balsamic vinegar cream and a cup of strong coffee. 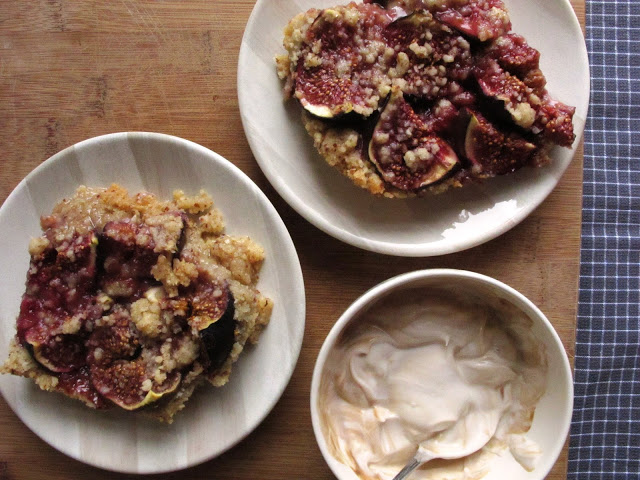