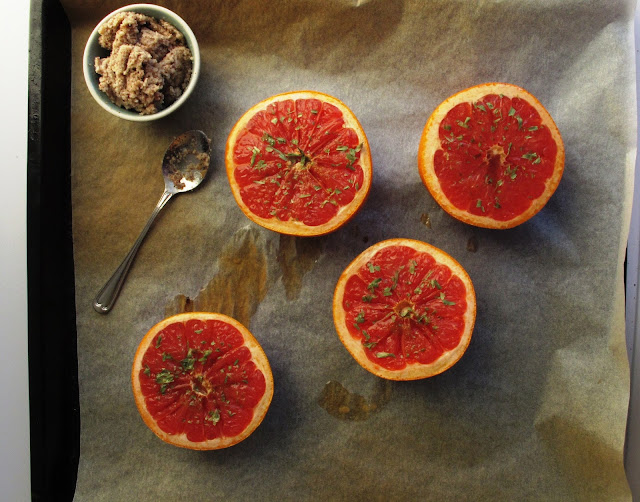 I've been ill for more than a week now. I'm struck down by a virus. A strong virus, mind you, because I really can't remember being sick for more than one week! So I'm trying to adjust to this new reality of sleeping, drinking loads of tea, sleeping, and trying to eat as healthy as possible. Because cooking requires energy while I'm feeling like a flabbily sleepwalker these days, eating healthy is not as easy as it seems. But this morning I decided to make these grilled grapefruits. The recipe seemed not too hard and it certainly looked fairly healthy! This recipe is a variation on Sarah Britton's grilled grapefruit from her My New Roots cookbook. She seasons the grapefruits with rosemary, I used tarragon. Sarah serves them with macademiacream, I found some hazelnuts in my cupboard, well then. It turned out to be a very succesful fresh sourish and sweet breakfast and I was very proud of myself for making something so healthy in between all the tissues and coughing. 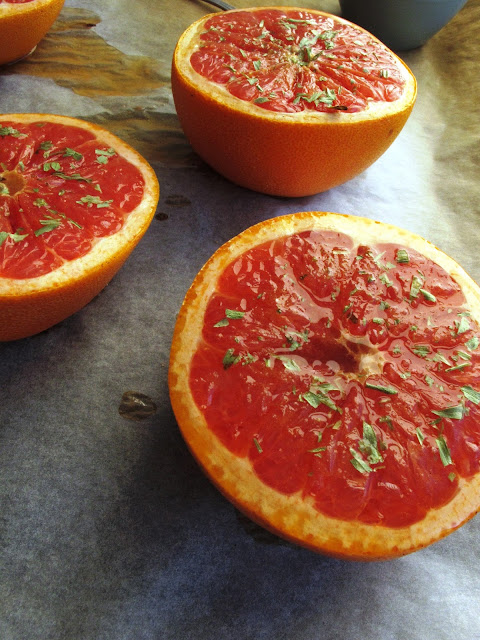 I can remember my neighbors having a grapefruit for breakfast every single day. Once I could taste a little piece and I was stunned! How could you willingly eat something so sour for breakfast?! I have a thing with too sour food for it gives me a heartburn. When I was a little my father would make a glass of freshly squeezed orange juice for my sister and me every morning. It gave me a heartburn every time but I thought it was part of the deal: it's healthy so it hurts (fortunately I know better now :-) and I really thought everyone got heartburns from orange juice. Until I heard another neighbor complaining about the heartburn she would get from freshly squeezed orange juice! Only then I asked my mother whether she had heartburns too every morning after drinking that glass of orange juice. No she didn't. And neither did my father nor my sister. Well, great. Needless to say my parents felt extremely guilty about causing me heartburns every morning despite their good intentions. Well, isn't there a proverb about good intentions and some road to hell? 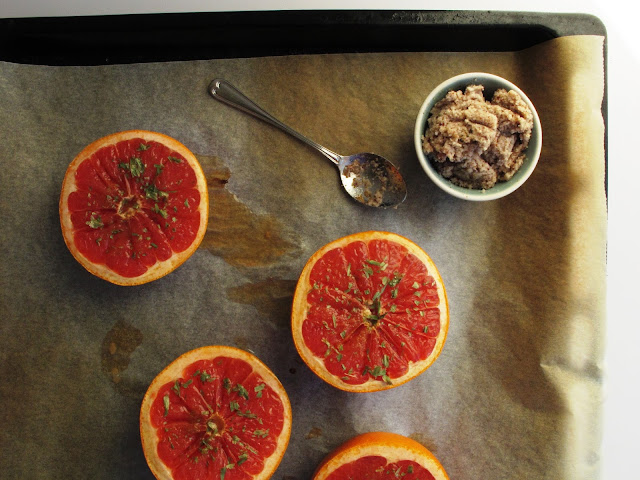 The grapefruit is the result of cross-breeding the Jamaican sweet orange and the Indonesian pomelo.  In 1750 Welshman Griffith Hughes describes the grapefruit in his 'The Natural History of Barbados' as 'forbidden fruit' and 'one of the seven wonders of Barbados'. The other six wonders of Barbodos happen to be Harrison's cave, the Baobab tree, the Jacobean mansions, the Morgan Lewis mill, the Jewish synagoge and the 'cannon galore'. Right. Back to our main subject. During the 19th century the grapefruit was known as 'shaddock' and the story goes that a certain 'Captain Shaddock' came to Jamaica and brought some pomelo seeds with him. He paired orange seeds with pomelo seeds and behold: the grapefruit was born. That the grapefruit is in fact a cross-breed of the orange and pomelo was only discovered in the 1940. Before 1940 the grapefruit was seen as a certain type of pomelo. In the late 19th century the American citrus entrepeneur and pioneer Kimball Chase Atwood established the first grapefruit grove. He created the Ruby Red ande Star Ruby. The redder, the better was his philosophy. Nowadays we know red, pink and white grapefruits and we love them all the same. 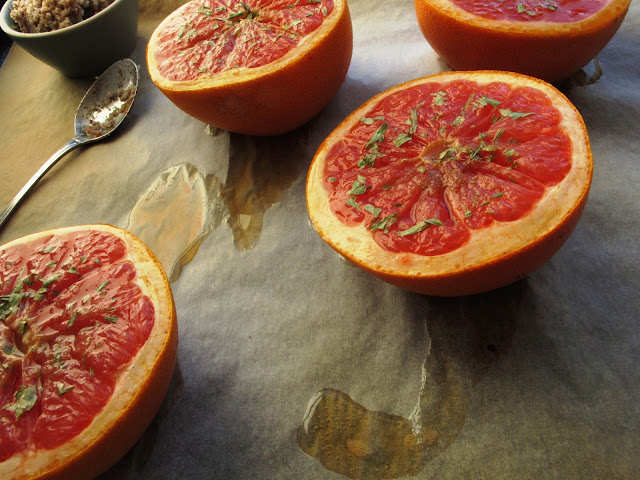 
1. Preheat grill. Rinse hazelnuts and put them in a high speed blender or food processor together with the honey, salt, and vanilla pulp. Process for a couple of minutes until you get a thick paste. If you want you can dilute it with some water.

2. Put the four grapefruit halves on a lined baking sheet. Mix sugar, tarragon and ginger and pour one tablespoon of the mixture on each grapefruit half. Place under the grill for 5-10 minutes. Serve with hazelnut-honey paste for breakfast or as a fancy dessert. And it didn't give me a heartburn, yay! 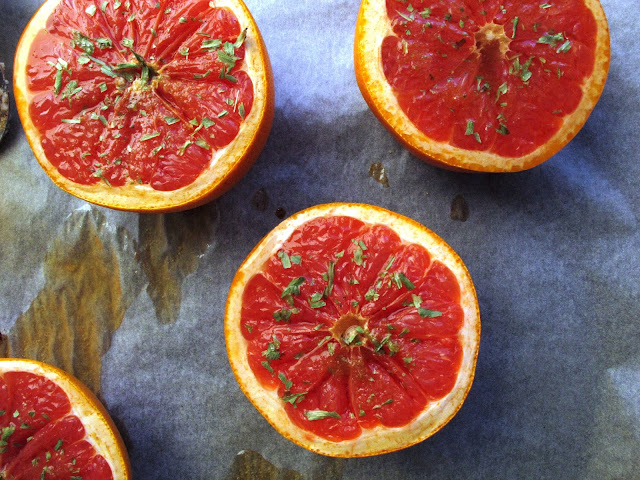