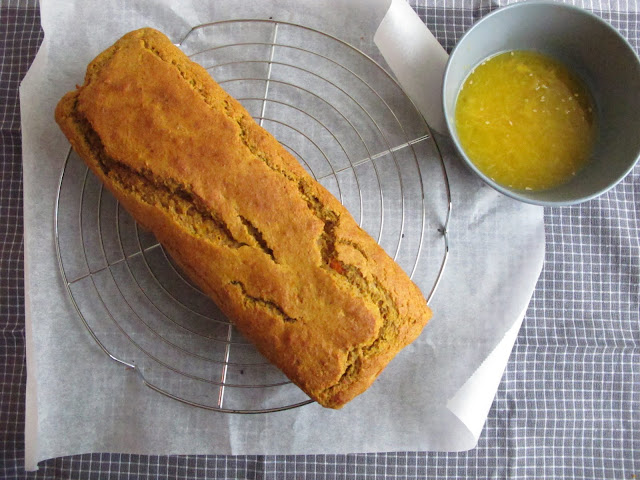 Pumpkin. The first one of the season is like a big ball of gold. The last in your pantry feels like a golden millstone around your neck. I mean no offence but after 10 gallons of pumpkin soup and numerous roasted pumpkin I'm just tired of it. It's like the complaint of the trolls in The Hobbit: 'everything tastes the same!' And in this case it's even worse, because everyting tastes like pumpkin, even the pumpkin! What to do? Then I thought: why not turn it into a cake? And this time a cake which has nothing to do with Halloween. A fresh cake for a fresh and good mood. Orange and pumpkin. And suddenly orange plus orange equals gold again!

Last time I wrote about the simplicity of January. It turns out to be harder than you might expect to keep it simple with pumpkins, for they are traditionally connected with the supernatural. Folklore links pumpkins with magic and witchcraft. In more popular culture pumpkins appear in almost every wizardry story. In Cinderella the fairy godmother turns a pumpkin into an epic carriage. The wizarding world of Harry Potter wouldn't know what to do without their daily cup of pumpkin juice and Jack Pumpkinhead coming from the Land of Oz is a brought to life scarecrow. Despite these depictions I've tried to keep this cake simple. And earthy. If there's any magic in this cake then it must be the orange for it's a serious mood booster, that's for sure! Try this cake again next week and Blue Monday will be gone without you even noticing it. 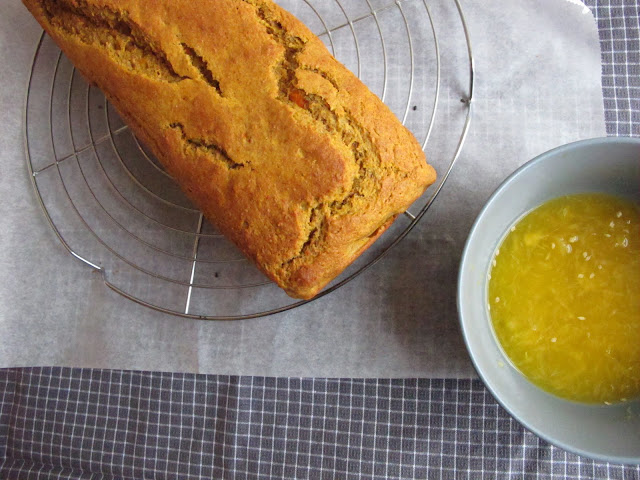 1. Preheat oven to 220C. Cut the pumpkin in half. Cover one half in clingfilm. Remove seeds from other half and place flat side down on a lined baking tray. Roast for 30 min in the middle of the oven or until the peel is soft. Remove from oven and let cool slightly.

2. Mash the pumpkin in your food processor. Spoon out half of the puree and set aside.

3. Add butter, sugar, orange zest, salt and spices to your food processor and pulse for a smooth batter. Add the eggs one at a time, and then the yogurt. Pulse again.

4. Pour the batter into a large mixing bowl. Stirr in the spelt flour and baking powder. Then add the rest of the pumpkin puree and stirr to mix.

5. Line a cake tin with baking paper and pour the batter into the tin. Bake for 40 minutes or until a skewer inserted in the middle comes out clean.

6. Let cool on a rack. Pour the orange juice over the cake. Enjoy with a cup of tea. 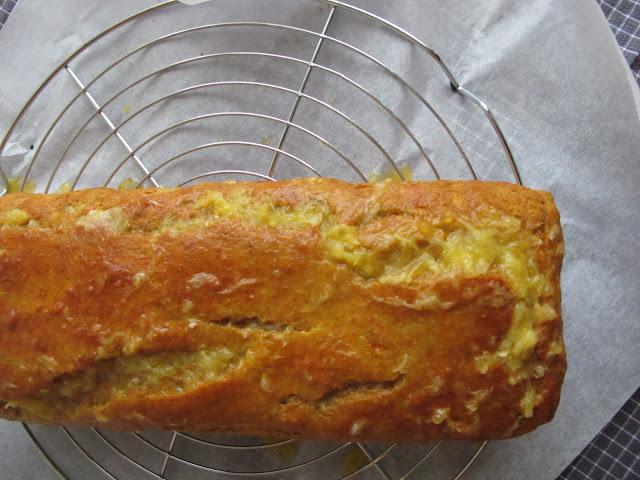