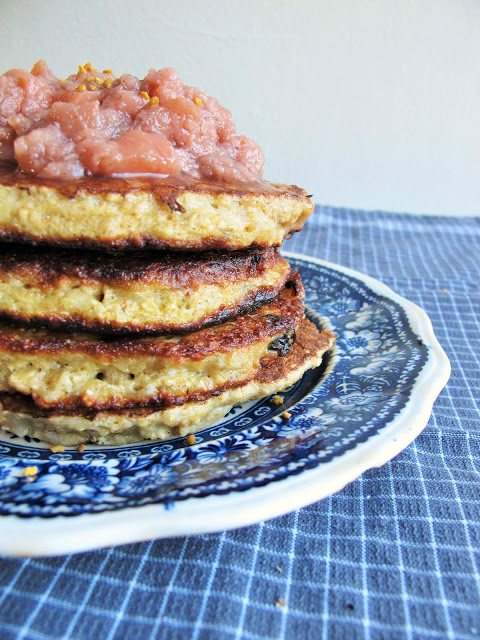 My favourite cereal together with my favourite winter fruit happens to be a breakfast match made in heaven: oatmeal pancakes with cooking pear compote. Last week I ate it every single morning and I'm still not bored with them! The pancakes are fluffy and hearty while the pears are soft and sweet. To think that I was convinced no breakfast could top my Happy New Year Granola... Little did I know. 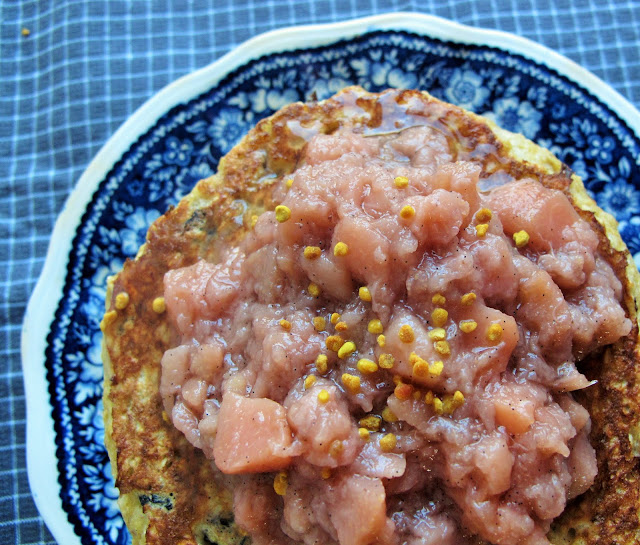 Looking at the history of the pear I'm not surprised my pear compote outshone my Happy New Year Granola for according to the north Kaukasian Vainakh mythology pears are the fruit of the holy pear tree. Before the rise of Islam walnut and pear trees were being worshipped by the people in Chechnya and Ingushetia for they were considered to be the home of benevolent spirits. Cutting down pear trees was therefore prohibited and pears were considered a very precious fruit. The subjects of Henry III of England for example pledged their fealty to their king by granting him a ship fully loaded with pears. Far into the 18th century the pear remained regal: Louis XVI, the Sun King, at his coronation in Reims received a glass of champagne and a pear.

Compared to the pears the oatmeal pancakes have rather humble origins. In my post about the Perfect Pentecost Pancakes you can read all about the history of pancakes and about the origins of Scottish Pancake races on Shrove Tuesday, planned this year on Tuesday 9th of February. 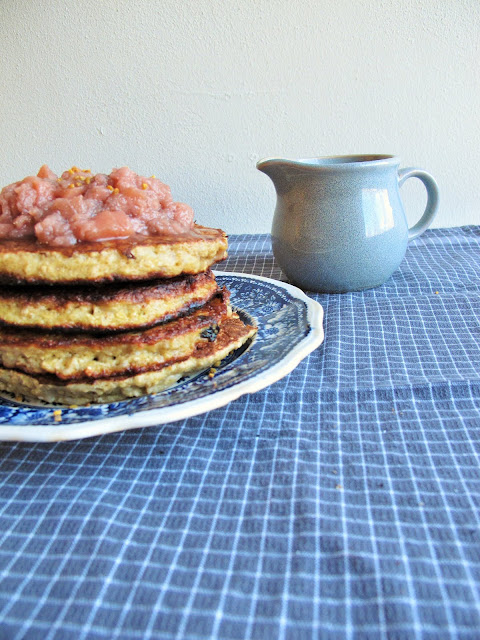 1. Peel and core the pears. Cut the pears in little dice and put them together with all the other ingredients into a medium sauce pan. Bring to a boil.

2. Turn down the heat and let simmer for 1-3 hours with the lid on. Stir occasionally. When the pears colour a dark red, your compote is ready. Remove cinnamon stick and serve with Oatmeal Pancakes.

1. In a large mixing bowl mix dry ingredients. Add mashed bananas, beaten eggs and stir until you have a thick batter.

2. Heat a little oil or butter in a small frying pan and bake the pancakes one at a time on both sides until they're golden. Use about 100ml batter for one pancake (you can pour your batter into a measuring cup before baking).

Pile your pancakes up on a plate and spoon some Cooking Pear Compote on top of them. Sprinkle with bee pollen. Enjoy your best breakfast in weeks (or at least I hope so :)! 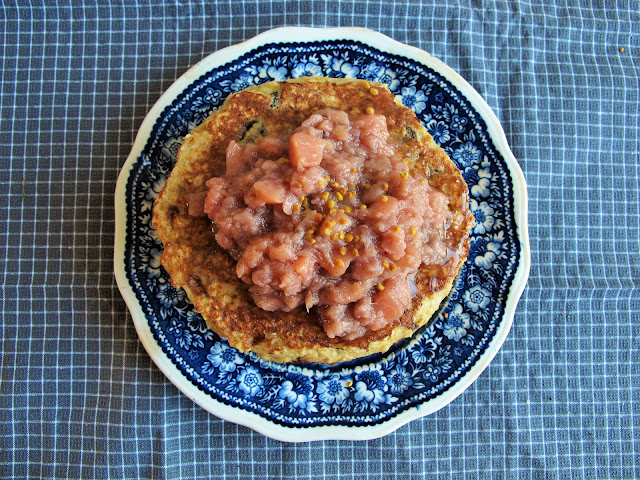