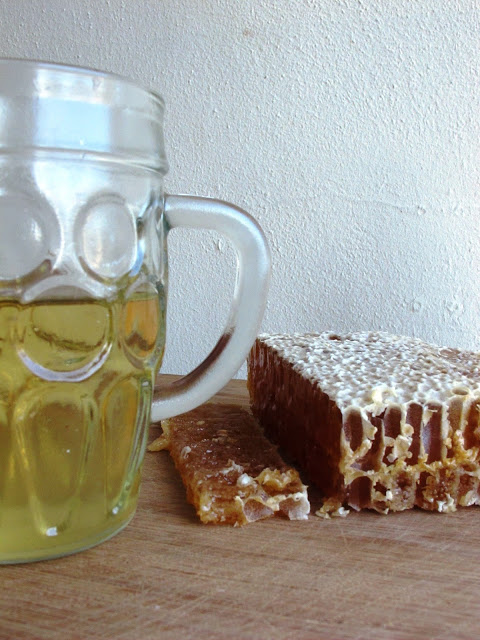 My Dutch blog Pollepel in de Keuken celebrated it's 2 year anniversary last month and I made myself a warming drink to toast to that landmark: glowing honey wine with ginger syrup. The honey wine and the recipe are made by the young Dutch company 'De Delftse Mederij' (The Meadery of Delft) lead by a bold and talented visionary. Because I really admire his artisanal style and his delicious products I decided I wanted to celebrate my blog's anniversary with some honey wine. And as if it isn't enough to create such wonderful wine De Delftse Mederij also publishes recipes on its website!

Honey wine is also known as mead, or drink of the gods and goes back a very long time. 8000 years ago it was already drunk in China. The origins of honey wine can be found in Hindu culture, more specific in the Rigveda, a sacred Vedic book which contains the first written recipe for honey wine. But the warming drink also has roots in Scandinavia. According to the old English epic poem Beowulf the Danish warriors drank honey wine. Furthermore, Odin, Norse god of war (but also of healing, poetry and knowledge), received his visions after a small cup of honey wine which he got from Heidrun, Thor's goat. And seriously, if you know Thor had anything to do with this wine, I really don't have to convince you any further to try it, do I? And in that case we will just put up with it's popularity amongst LARP- and reenactment societies, won't we? Let's toast to Thor! 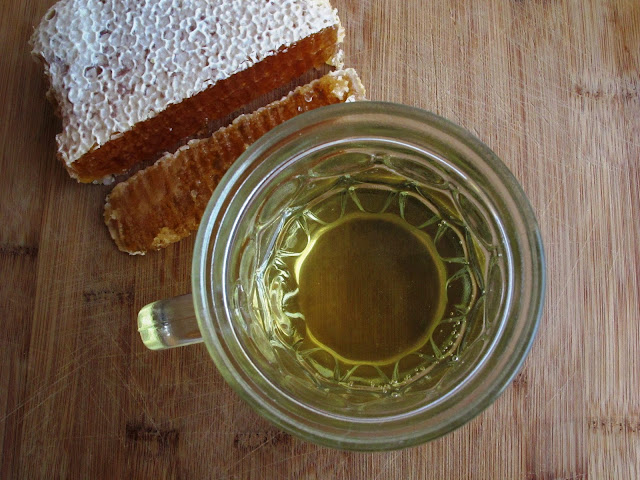 1. Pour boiling water into a mug or glass cup. Heat honey wine together with the orange peel and the cinnamon stick in a sauce pan on low heat, do not let it boil. Put the lid on the pan en leave the honey wine to rest for 10 min. to infuse the flavours.

2. Empty the mug or cup. Remove the orange peel and cinnamon stick from the pan and pour the honey wine into your mug. Stir in the ginger syrup. Serve on its own or alongside a cheese board.